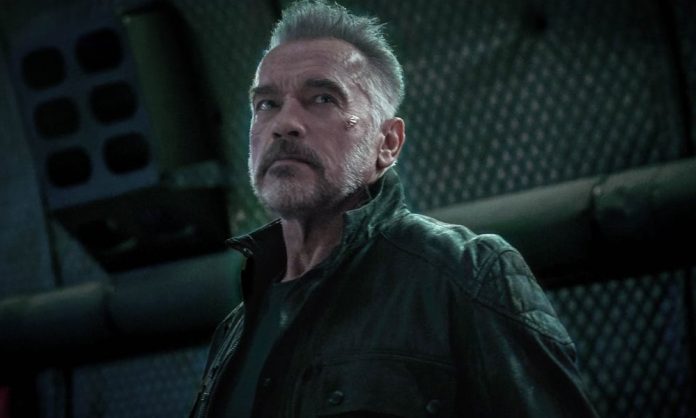 Arnold Schwarzenegger and Linda Hamilton are back together in brand-new images from the upcoming Terminator sequel, Terminator: Dark Fate.

The photos reveal Arnold Schwarzenegger as an aged version of the T-800. Linda Hamilton returns as a gun-toting Sarah Connor, who stands on a freeway with burning wreckage behind her. Other photos include new characters portrayed by Mackenzie Davis, Gabriel Luna, Natalia Reyes and Diego Boneta. Luna’s character has been previously reported to be the central antagonist of the upcoming film.

Schwarzenegger is believed to be playing the human model for the T-800 in Dark Fate, with Genisys actor Brett Azar reportedly bringing the T-800 itself to life again. Meanwhile, Reyes is playing Dani Ramos, a young woman who finds herself being hunted by a new Terminator model (Luna) that’s traveled back in time from the future to kill her.