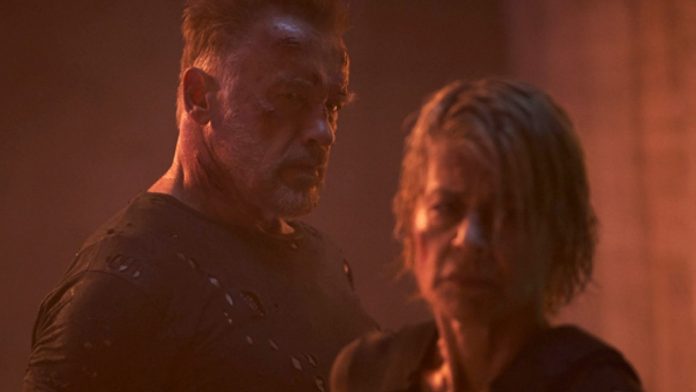 The video is packed to the brim with glimpses at the action that will be featured in the new Terminator sequel, as well as thoughts from the film’s cast and crew. The fast cuts, expletive expressions of excitement and explosive visuals paint a picture of a film that, in the words of director Tim Miller, is “relentless. It just does not stop.”

The release of this featurette comes instead of a new trailer that many Terminator fans were hoping would be released after the SDCC panel. This may not be another two minutes of movie footage, but it does show BTS looks at a number of scenes we’ve seen before and a few new sequences.

The sixth movie overall is following up sequels that became less satisfying as they went, so original franchise creator James Cameron is helping give Terminator a soft reboot. Terminator: Dark Fate will be a true sequel to T2: Judgement Day and will deal directly with that film’s ending, retconning every other sequel out of this timeline.