Colin Farrell is in talks to play Oswald Cobblepot, aka The Penguin in Matt Reeves’ upcoming movie The Batman, which stars Robert Pattinson in the title role.

According to Deadline, Farrell is still in negotiations at this time. However, should he land the role, it would mark a major departure from Warner Bros.’ apparent first choice, Seth Rogen.

Casting for The Batman has been steadily ramping up in recent months. In September, it was reported that Jeffry Wright was in talks to play Commissioner James Gordon, which has since been confirmed by Reeves. In October, it was announced that Zoe Kravitz had been cast as Selina Kyle, aka Catwoman. Then, just days later, we learned that Paul Dano would play Edward Nashton/The Riddler. And finally, just today, it was reported that Andy Serkis was in talks to play Bruce Wayne’s butler, Alfred Pennyworth.

Starring Robert Pattinson, The Batman is directed by Matt Reeves, who will also produce alongside Dylan Clark. While casting is still underway, the film is scheduled to be released on June 25, 2021. 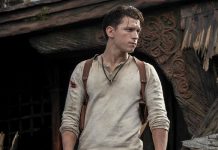