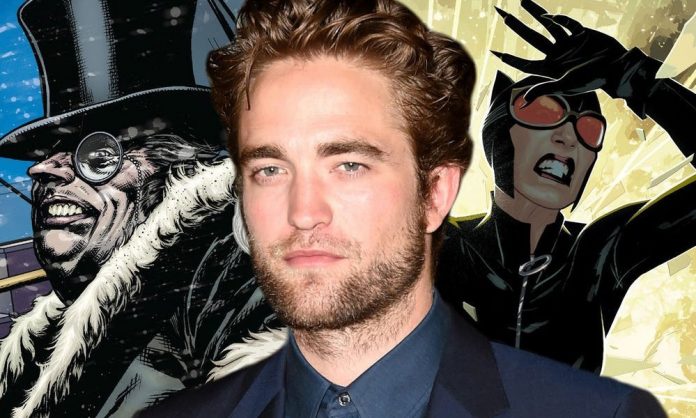 Robert Pattinson’s The Batman will be filming some of its Gotham City scenes in Glasgow, Scotland.

Next year will see the long-awaited release of Matt Reeves’ The Batman, which will star Robert Pattinson in the titular role. Earlier this week, Reeves confirmed that Colin Farrell would also be joining the team as the Penguin. Now, it appears the filmmaking process is progressing even further with the location of Gotham City having been reportedly revealed. According to the Daily Record, Bruce Wayne’s home will be filmed in Glasgow, Scotland.

“The big-budget production will descend on the nation next month to shoot parts of the film on Glasgow’s streets,” the Daily Record writes. “Parts of the city will be made to look like Batman’s fictional home, giving residents a front-row seat for the movie. Filming will also be the first opportunity for eagle-eyed DC Comics fans to catch a glimpse of the new Batmobile. Shooting for the film has already begun in London and filming is expected to start in Glasgow in late February.”

One of the most compelling parts about Robert Pattinson’s The Batman is how its already begun to separate itself from the previous Batman films. From the leaked set photos we’ve seen from London, the film is going for a timeless look, though many are speculating that it’s set in the ’90s. And by transforming Glasgow into Gotham City, we can expect the Robert Pattinson film to exponentially highlight the Neo-Gothic elements of the fictional city. All of the portrayals of the Batman city we’ve seen have been heavily focused on showing it as a decaying urban metropolis, so this will certainly be a nice change of pace.

Directed by Matt Reeves from a script he co-wrote with Mattson Tomlin, The Batman stars Robert Pattinson as the Caped Crusader, Zoe Kravitz as Catwoman, Paul Dano as the Riddler, Jeffrey Wright as Commissioner James Gordon, Jayme Lawson as Bella, John Turturro as Carmine Falcone, Andy Serkis as Alfred Pennyworth, Colin Farrell as the Penguin, and Peter Sarsgaard.

Tiger King is returning for a second season on Netflix later...