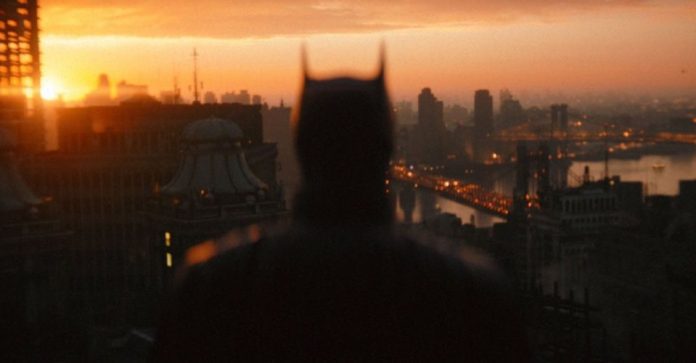 With DC FanDome and a new trailer looming on the horizon, The Batman director Matt Reeves took the opportunity to share a new look at Robert Pattinson’s Dark Knight admiring… the horizon.

“Good Morning, from Gotham City…” Reeves tweeted, along with a photo of Batman staring at a Gotham City sunrise from a high vantage point. “Can’t wait to show you more at [DC FanDome] this Saturday…”

The first trailer for The Batman arrived 14 months ago, at the last DC FanDome. “For me, what’s really important about this iteration is that a lot of the other stories are very much about how he had to master his fear and master himself in order to become Batman and that in that Batman state, he’s sort of in his best self,” Reeves said after the footage debuted. “For me, what was exciting was not doing that, not doing the origin, not doing what we’d seen done so beautifully in other movies, but instead to meet him in the middle of this criminological experiment, to see him in the becoming of Batman and to see him make mistakes as Batman and see him grow and fail and be heroic, do all of the things that we associate with Batman, but in a way that felt very human and very flawed.”

The Batman sees Pattinson joining an esteemed list of actors to play Bruce Wayne that includes the likes of Adam West, Michael Keaton, Val Kilmer, George Clooney and — most recently — Ben Affleck. In fact, The Batman was originally set to star Affleck, who’d also produce, direct and co-write the project. However, Affleck stepped back from some of those responsibilities in 2017 after working on the troubled Justice League production, and by 2019, he was out altogether.

Joining Pattinson in The Batman are Paul Dano as Edward Nashton/The Riddler, Zoë Kravitz as Selina Kyle/Catwoman, Colin Farrell as Oswald Cobblepot/The Penguin and Jeffrey Wright as Commissioner James Gordon. The film takes place during Batman’s second year of caped crusading and is also set outside of the main DC Extended Universe.