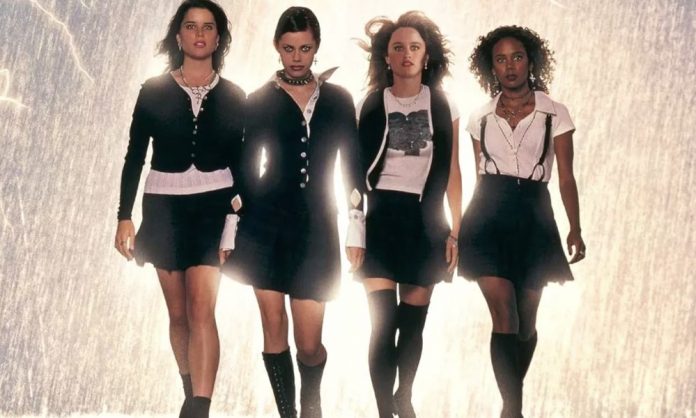 The Craft, that ’90s cult-hit horror film about a hot cult of witches, is getting a reboot.

The original movie came out in 1996 and starred Robin Tunney, Fairuza Balk, Neve Campbell, and Rachel True as a group of outcast teenage girls in Los Angeles who end up exploring the world of witchcraft. Things start off in a positive manner, but everything goes downhill pretty fast. The movie was a hit, grossing $55 million at the box office.

Production Weekly is where you can find the information of The Craft reboot. As you can see below, the site has a listing for a Craft reboot, including some early info about the crew of fimmakers involved, a proposed shooting start, and a brief synopsis:

The brief official synopsis reads: “When starting at a new school, Hannah befriends Tabby, Lourdes, and Frankie and quickly becomes the fourth member of their clique.” The synopsis concludes by saying, “Hannah soon learns that she somehow brings great power to the quartet.”

Would you be happy to see a new version of The Craft hit theaters? Let us know in the comments!