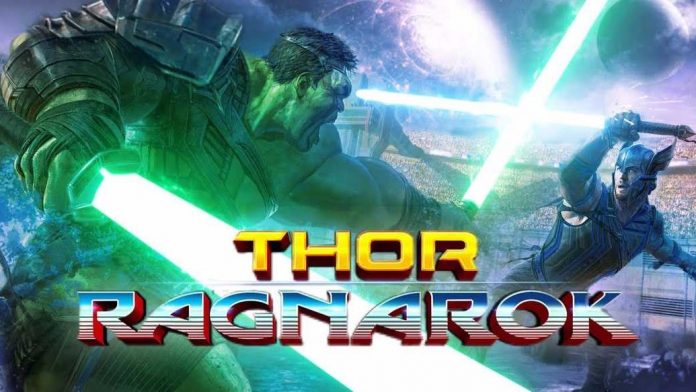 Thor: Ragnarok‘s battle scene between Thor and Hulk gets better with the addition of lightsabers in a new fan-made edit. The Star Wars universe has introduced some iconic characters and ships over the years, but the Lightsaber may be one of the most recognizable weapons on the planet. And when Hulk and Thor are using them, the situation gets a lot heavier than a normal Jedi fight scene.

Courtesy of YouTube content creator ImmersionVFX are two edited videos of Thor and Hulk’s gladiator fight in Ragnarok, but with Star Wars’ iconic weapon. The God of Thunder wields a blue-bladed one appropriate for his lightning-sourced powers, while the Hulk use a green variation. Watch the clips below:

Other edits available on the channel include Venom with Carnage in live-action, Avengers: Endgame featuring the Netflix version of Daredevil, and the return of Luke Skywalker’s green lightsaber in Star Wars: The Last Jedi.

Thor: Ragnarok will be followed up by Thor: Love and Thunder which is set for release in November of 2021. Thor: Ragnarok is currently available on Netflix for streaming but will soon be moving to the Disney+ streaming service with the rest of the Marvel Studios movies.

Tessa Thompson Reveals ‘Thor 4’ Has Been Pitched To Marvel