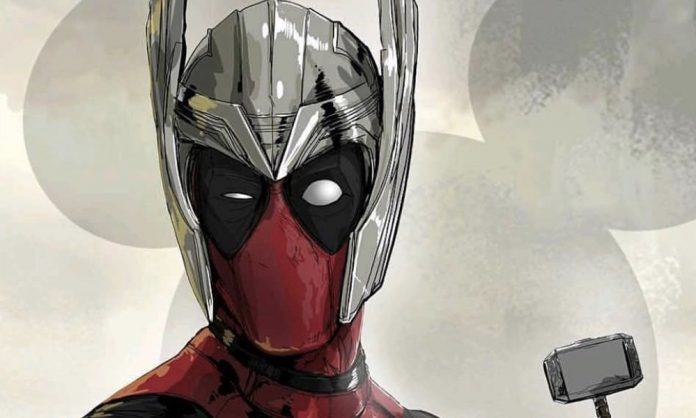 Chris Hemsworth welcomes Ryan Reynolds’ Deadpool to the Marvel family after the completion of the Disney-Fox deal.

Thor star Chris Hemsworth, who may make his final appearance in the MCU later this year in Avengers: Endgame, took to Instagram to share a fun image of what he says is Deadpool and Thor’s “love child.” Now that Deadpool is officially a Disney character, Thor himself is taking time to welcome his fellow superhero to the family.

Recent reports have indicated that Reynolds will continue to play Deadpool in the future, although whether or not it is in the Marvel Cinematic Universe remains to be seen. For his part, Reynolds has already made some Deadpool-style jokes about the deal and they should continue whenever he appears next.

While Disney is already making a lot of changes on the business side of things following the merger, we probably won’t hear a lot about plans on the content side until after the house is order behind the scenes.

(The First Phases of the MCU Named The Infinity Saga)