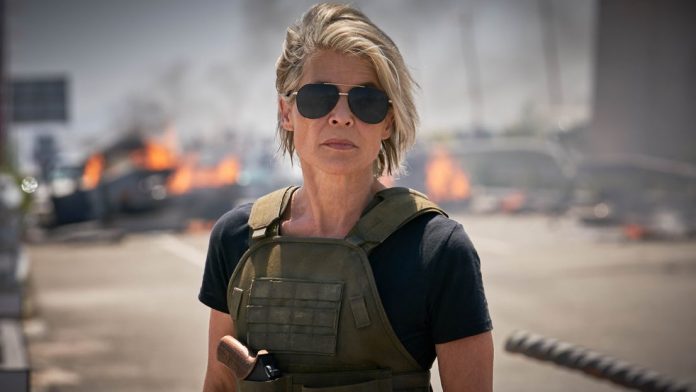 Thanks to an update shared by Tim Miller through the official Terminator: Dark Fate Twitter account, the first trailer is now confirmed to be on the way. Miller didn’t provide an exact release date for the trailer, but did say that they are “just weeks away” from the first footage being officially released online. Until then, he did accompany the announcement with a new look at Hamilton from the film, which can be seen below:

Until then, he did accompany the announcement with a new look at Hamilton from the film, which can be seen below: