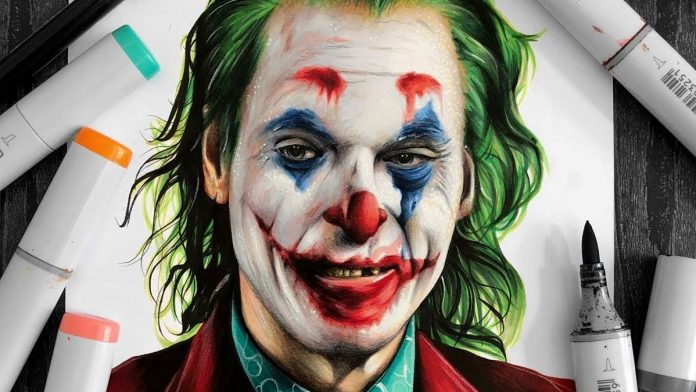 Todd Phillips shares a new behind-the-scenes look at Joker, while also confirming that the film will be rated R.

Shared by Phillips on Instagram, the image shows Joaquin Phoenix, who stars as the Clown Prince of Crime, looking into a mirror and applying makeup. In response to a question on the post about the film’s rating, Phillips replied, “It will be Rated R. I’ve been asked this a lot. Just assumed people knew. Sorry.”

That rating shouldn’t come as a surprise to those who’ve been following the progress of the film, which is said to be a dark, gritty take on the Clown Prince of Crime. The movie’s first trailer confirmed it’s set in the 1980s and will feature the Wayne Family. Co-star Marc Maron has described Joker as “an origin story and a character study of a mentally ill person that becomes The Joker.”

For a while it had been thought that Warner Bros. was shooting for an R ratingfor Joker, but Phillips has now confirmed the rating. This will be a change of pace for DC films as the only R-rated superhero films they’ve had are the animated movies that often don’t get a theatrical release. That being said, Birds of Prey (and the Fantabulous Emancipation of One Harley Quinn) will be rated R, so Joker could set a new precedent for DC films if it is successful. Regardless, with as twisted as the Joker can be, it will likely be reasurring to fans that Joker will for sure be rated R.