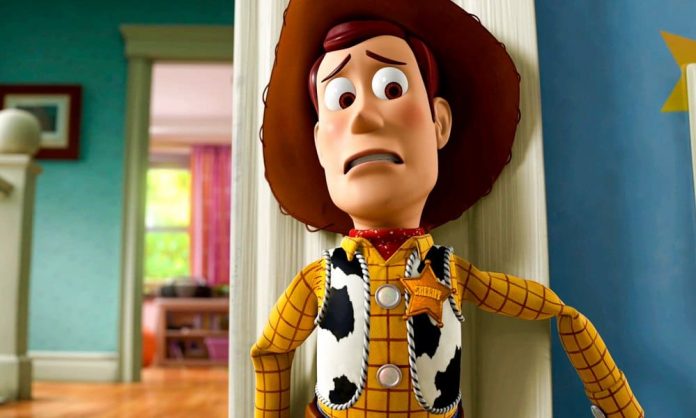 On Wednesday afternoon, Hanks posted a photo on his Twitter account announcing that he had recorded Woody’s very last line in Toy Story 4. The photo sees Hanks speaking into the microphone, surrounded by several of the film’s producers and animators.

As if the image isn’t enough to get Toy Story fans teary-eyed, the message that accompanies it makes everything even more overwhelming. “Final line, final session as Woody of Toy Story 4,” Hanks wrote. “We rode like the wind, to infinity and beyond.”

Judging by the photo, it’s clear that Hanks and the rest of the crew are enjoying their time on Toy Story 4. Previous reports from the production had often given the impression that this was a very emotional undertaking, with both Hanks and Tim Allen speaking on the film’s ending and how it affected them.

With a carnival setting confirmed for Toy Story 4, fans may be reminded of the first movie’s Pizza Planet arcade scene, which memorably introduced The Claw and its three-eyed aliens. However, the suggested discord between the loved, owned toys and the ones used as prizes could lend Toy Story 4 a more serious and emotional subtext that allows the film to explore the vastly different lives a toy can have – a subject that has provided some very powerful moments in previous movies.