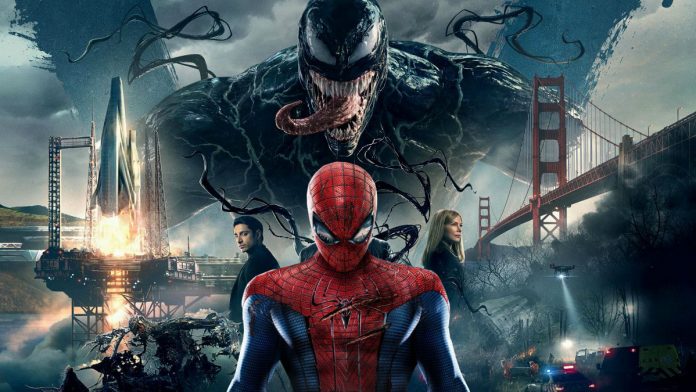 Tom Hardy wears a Spider-Man: No Way Home hat, fueling speculation of a crossover between Venom and the Marvel Cinematic Universe franchises. Hardy’s films acted as the launch pad for Sony’s Spider-Man Universe, a series of interconnected films utilizing the studio’s ownership of rights to characters connected to the webslinger that sits separate from the MCU. The first Venom‘s box office success ensured the studio continued working on their universe plans, previously titled Sony Pictures Universe of Marvel Characters, which include next year’s Morbius, 2023’s Kraven the Hunter and undated projects based on The Sinister Six, Madame Web and Jackpot.

Tom Holland became the third actor to bring Spider-Man to life on the big screen, but the first in the MCU with Captain America: Civil War before going on to star in Spider-Man: Homecoming, Avengers: Infinity War and Endgame and Spider-Man: Far From Home. He is currently gearing up for the release of the much-anticipated Spider-Man: No Way Home, which will see the returns of Alfred Molina’s Doctor Octopus from Sam Raimi’s Spider-Man trilogy and Jamie Foxx’s Electro from The Amazing Spider-Man 2. With these characters returning and the plot involving multiverse shenanigans, many have been speculating about the film’s potential ties to the SSU and now Venom‘s own Hardy may have offered a new hint towards these connections.

Twitter account Marvel Updates has shared an image of Hardy donning a hat for Spider-Man: No Way Home. The post notes that the hat was given to those involved in the production of the MCU film, further fueling speculation that the webslinger will crossover with Sony’s Venom films. Check out the image below:

With three months still to go until Spider-Man: No Way Home‘s release, fans will only be left with speculation of the photo’s authenticity and its indications of ties between the film and Hardy’s Venom: Let There Be Carnage. Given the former is the end of Holland’s contract in the MCU, one popular theory speculates that the film will mark the proper bridging of the two universes as the young star’s Spider-Man becomes more prominent in the SSU. Only time will tell when Hardy’s sequel arrives in theaters on October 1 and the MCU threequel debuts on December 17.