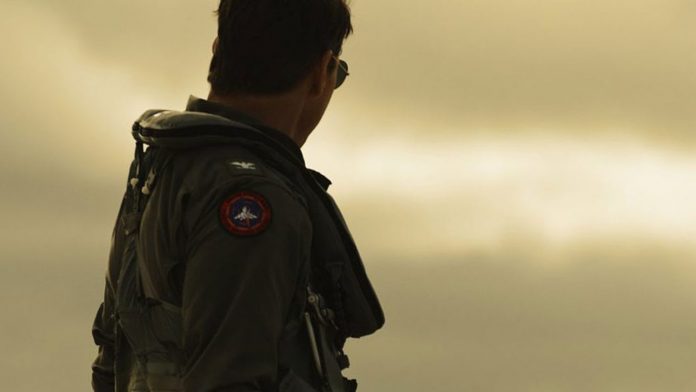 MacKinnon sent out a tweet pointing out the “Communist Party of China-approved” change which has gone viral with more than 15,000 favorites. An accompanying screenshot shows the same jacket but with Japan and Taiwan’s flags replaced by unidentified symbols in similar color schemes.

With Tencent Pictures, a Chinese film production company, among the financiers of the upcoming sequel, the change was likely to appease the Chinese studio, while broadening appeal with potential Chinese audiences given the ongoing tensions between China and Taiwan and Japan.

Regardless of leather jacket patches, Top Gun: Maverick was easily the biggest trailer of San Diego Comic-Con this year. The response has been overwhelmingly positive from fans who have been waiting over 30 years to see Tom Cruise return to the Maverick role.