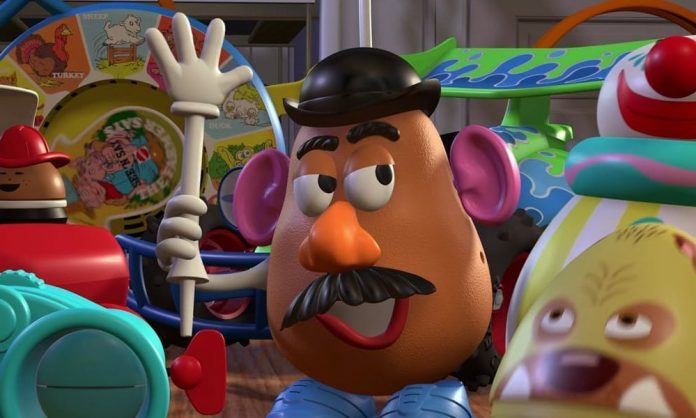 Comedian Don Rickles, who provided the voice work for Mr. Potato Head across the various Toy Story films and specials, passed away from complications of kidney failure in 2017. However, it appears Rickles will in fact be featured in the upcoming Toy Story 4.

Toy Story 4 director Josh Cooley confirms the late Don Rickles will be the voice for Mr. Potato Head in the upcoming film. Rickles passed away in April 2017 at the age of 90 and had not recorded any of his dialogue for Pixar’s latest sequel. Since Potato Head has been an integral member of the franchise’s main ensemble since the 1995 original, it was widely expected he’d return in the fourth installment, but there were some questions regarding who would step into the role.

Cooley shared the news on his official Twitter account, posting an emotional message saying while Potato Head’s parts are replaceable, “his voice is not.”Check out his post in the space below:

Cooley didn’t elaborate in his tweet, but it should be fairly obvious to most that Pixar is going to utilize archival recordings of Rickles to provide Mr. Potato Head’s voice in Toy Story 4. In some respects, this is comparable to what J.J. Abrams is doing with old footage of the late Carrie Fisher as Leia for Star Wars: Episode IX. Considering Rickles has been a standout part of the Toy Story films since the beginning, it’s nice to see that Cooley and his team found a way to include the comedy icon. Rickles was known for his distinct delivery and inflections, and anyone (no matter how talented) who tried to fill his shoes wouldn’t be the same. Viewers can hear Rickles as the cantankerous toy for a brief moment in the new international trailer.