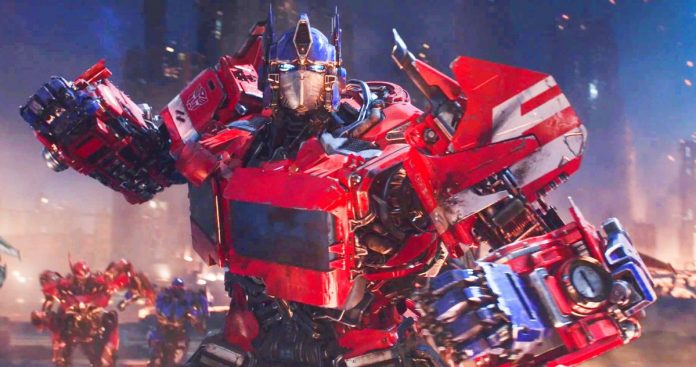 Director Steven Caple Jr. announces that Transformers 7 has officially wrapped filming with a photo of a first-generation Optimus Prime. Based on the popular cartoon and toy line, Paramount’s Transformers franchise began back in 2007 from director Michael Bay. The first film starred Shia LaBeouf and Megan Fox as a teenage couple who get caught up in an intergalactic conflict between the Autobots and the Decepticons, led by Optimus Prime and Megatron, respectively. LaBeouf returned for two sequels and was then replaced by Mark Walhberg who starred in the fourth and fifth installments.

Paramount is now looking to reinvigorate the franchise with a seventh installment, officially subtitled Rise of the Beasts. The film will pick up seven years after the events of the successful spin-off from 2018, Bumblebee, and draw heavily from the beloved cartoon series from the 1990s, Transformers: Beast Wars, which sees the robots transform into robotic animals. Hamilton and In the Heights actor Anthony Ramos will star as one of the lead human characters named Noah alongside Dominique Fishback (Judas and the Black Messiah) as Elena.

Now, Transformers: Rise of the Beasts‘ director Steven Caple Jr. has announced on Instagram that the film has finished production ahead of its June 24 release date. Caple Jr., who previously directed Creed II, made the announcement with a photo of him sitting in the cab of a first-generation Optimus Prime and the simple caption, “That’s a wrap.” Check out his post below:

About two weeks ago, Caple Jr. revealed the first official look at the Gen-1 Autobots and Decepticons on the Transformers 7 set and now, a short time later, he’s back with another photo to announce that filming has wrapped. In an attempt to breathe new life into the flailing franchise, the upcoming film will be introducing new factions such as the Maximals, Predacons, and Terrorcons, with the Autobots and Decepticons returning as well, as these set photos have indicated.

Optimus Prime (voiced by Peter Cullen) appears to be returning as the film’s primary protagonist, but given that it is set in the year 1994, he will be new to Earth and still in Gen-1 form. Though based on the title, Beast Wars characters like Optimus Primal (voiced by Ron Perlman) will be the primary focus, along with Scourge as the primary antagonist. The film series was desperately in need of revitalization, and Caple Jr. drawing from the beloved Beast Wars storyline for Transformers 7 is perhaps just what the franchise needed.