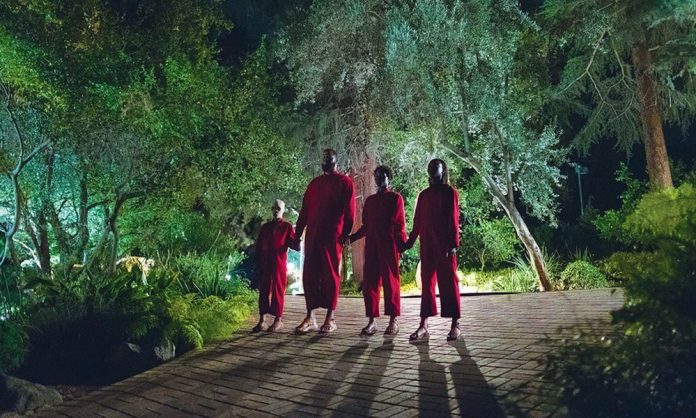 Jordan Peele’s Us easily won the box office this weekend by scoring the biggest opening weekend for an original horror movie of all-time.

The film is blowing past projections, according to Box Office Mojo the film opened with $29 million on Friday and $70 million from 3,741 screens in its opening weekend. That’s twice what Get Out, Peele’s debut film, opened to in 2017 ($33.3 million) and sets a new opening weekend record for an original horror film, surpassing the $50.2 million record set by A Quiet Place in 2017.

Back in 2017, Peele announced himself as one of this era’s most exciting and unique filmmaking voices with Get Out, a satirical look at contemporary American race relations that was equal parts entertaining and terrifying. Get Out performed extremely well at the box office and received widespread critical praise, winning the Oscar for Best Original Screenplay.

Have you seen Us? What did you think? Let us know in the comments!