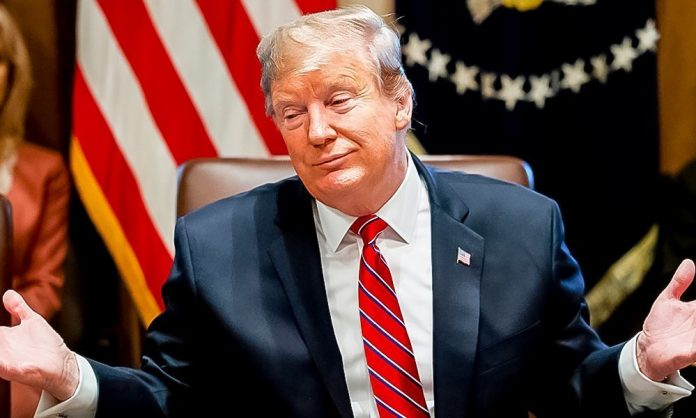 Warner Bros. Entertainment filed a copyright infringement complaint to have a video President Trump shared on Twitter taken down.

The video included highlights of Trump’s presidency interwoven with clips of his critics, including politicians like former President Barack Obama and his 2016 opponent Hillary Clinton as well as Hollywood celebrities, such as Rosie O’Donnell and Amy Schumer. The video plays to what appears to be the theme song from “The Dark Knight Rises” over the shots.

An aide for the president said, “The video was made by a supporter, we like to share content from diehard supporters, and this is just another example of how hard Trump supporters fight for the President.”

The video had 2.6 million views in 6 hours. I don’t know about you, but if my music was heard by 2.6 million people in 6 hours, I would be HAPPY! That’s what I would call free advertisement for Warner Bros. and “The Dark Night Rises.”

I bet if the video would have had music from “Avengers: Endgame“, Marvel would have been ecstatic! No one can deny 2.6 million views in 6 hours is a pretty good way to advertise and advertising is not cheap.

Sooner of later, these big movie corporations are going to realize that claiming copyright infringement on free advertising is not the right move.