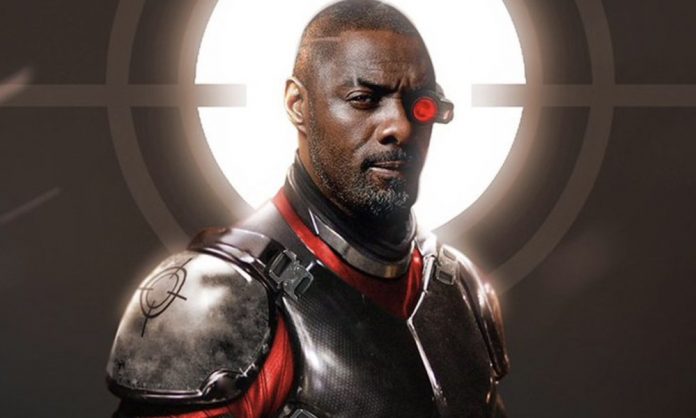 Fan artist Boss Logic offers up his take on what Idris Elba could look like as Deadshot in James Gunn’s The Suicide Squad.

Elba is reportedly in talks to take on the Deadshot role in the sequel Suicide Squad: Hell To Pay, and thanks to BossLogic we now know what that could possibly look like. The armor retains the character’s black, red, and silver color scheme though BossLogic has given it some modifications in the design department.

This version of Elba is pulled from his role in Pacific Rim, and he’s brandishing Deadshot’s trademark scope over his eye and holding his helmet to his side. Honestly, it just fits, and if Smith did have to leave the role, getting someone of Elba’s caliber to come in and take over is incredible if it ends up becoming reality.

The original report indicated that Elba met with Suicide Squad: Hell To Pay director James Gunn last week, and evidently, the meeting went very very well. At one point the studio was debating whether they should recast the part or not at all, but Gunn and Elba’s meeting seems to have silenced those initial doubts.Gunn may be out as one of the creative forces behind the MCU, but he’s found a soft landing spot with DC, and many fans are excited about what he brings to the table. With the potential addition of Elba as Deadshot, the cast of The Suicide Squad is also coming together in a way that should generate a lot of excitement.