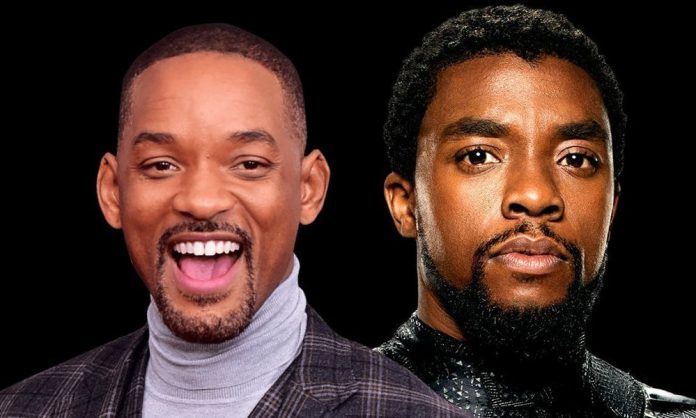 Is Will Smith the new King of Wakanda?

Comedic rapper Demi Adejuyigbe has changed the entire context of the Black Panther closing credits with a parody called “I Think I Can Beat The Black Panther” that pits none other than Will Smith against the King of Wakanda.

You may remember Adejuyigbe from some of his other end credits songs, like “SNAP” (for Avengers: Infinity War, in the style of the rapper Future), and “Get Out!!!” (for the movie of the same name, also in the style of Will Smith).

It’s quite hilarious, with Adejuyigbe using signature Fresh Prince lyrics, such as the aunts on the Wakandan council trying to stop the fight. The beat even incorporates melodies from Ludwig Goransson’s score, using the song “Killmonger” to splice into the parody as Smith takes over the role of Michael B. Jordan’s Killmonger in trying to usurp the Panther’s throne.

Sadly, he isn’t able to do this in physical battle, but the Fresh Prince, or this version of him, does win the rap battle “down in Wakanda.”