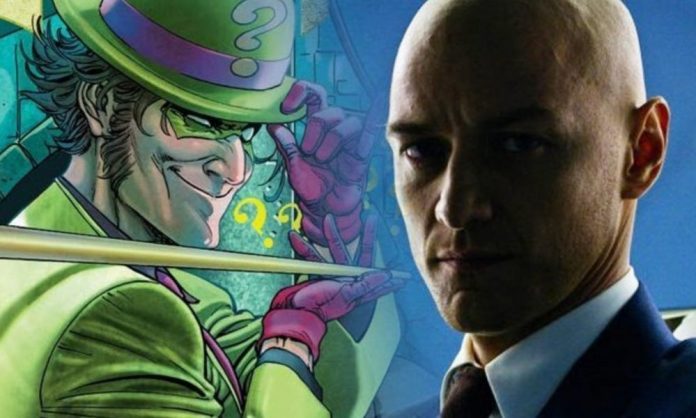 After starring in Fox’s recent X-Men films as Professor X, James McAvoy is interested in going to the DCEU for a villainous turn as The Riddler.

The Riddler previously made his live-action big screen debut via Jim Carrey’s portrayal in 1995’s Batman Forever, so McAvoy could potentially be the second person to play the iconic villain if this interest actually materializes into a role. At this point, there have been no reports that McAvoy has actually met with DC about any role. There are also currently no known plans for The Riddler to be introduced, although The Batman could certainly change that or lay the foundation.