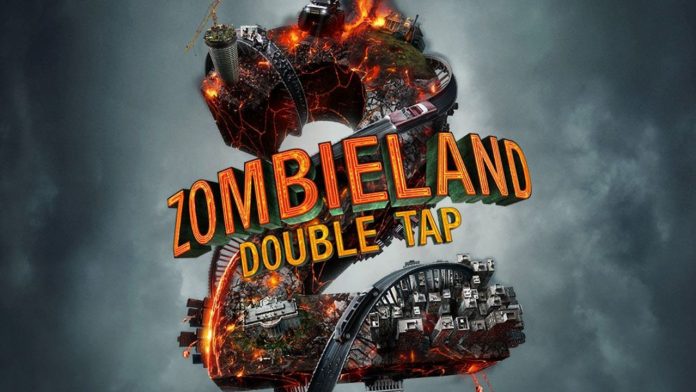 A new poster for Zombieland 2: Double Tap has been released.

Featuring a city block that has taken the shape of the number two, fires rage on in the post-apocalyptic franchise. The sequel’s “Double Tap” subtitle is then prominently below along with the film’s release date on October 18th.

Given the landmarks in this poster, it’s possible that this film will show the gang taking a road trip to Washington, D.C. since the long winding road leads to the White House and the Lincoln Memorial.

Zombieland 2: Double Tap will also be adding some new cast members to the series. Notable additions to the cast include Rosario Dawson and Luke Wilson, as well as Dan Aykroyd, who will reportedly have a role along with returning cast member Bill Murray. Zoey Deutch and Thomas Middleditch will also appear in the film.

Zombieland 2: Double Tap will be released this October.