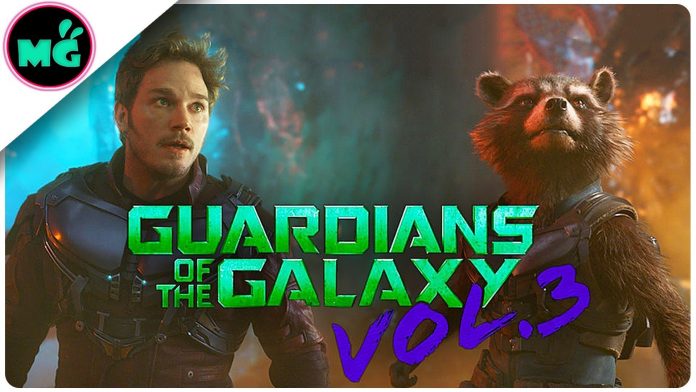 Guardians of the Galaxy Vol. 3 backstory:

According to a poll done by Rotten Tomatoes, Guardians of the Galaxy Vol. 3 is the most-anticipated MCU film post-Endgame. The film garnered 63% of the votes, followed by a 2nd place tie between Black Panther 2 and Spider-Man: Far From Home at 48% of the votes.

Needless to say, our beloved Guardians of the Galaxy have endured a tumultuous last several months. The MCU’s cosmic sub-franchise turned on its head as director and writer James Gunn got the boot from Disney. All due to the unearthing of some offensive tweets he made in the past. For months the job remained up for grabs, Disney eventually reconsidered and hired Gunn back. Now the public is excited about the project more than ever.


Now for the spoilers:

During Avengers: Infinity War, Thanos sacrificed Gamora to obtain the soul stone. While the rest of the Guardians were snapped out of existence except Nebula and Rocket. Fast forward to Avengers: Endgame and we find most of the Guardians to come out almost intact. Star-Lord, Drax, Mantis and Groot are restored to life for the climactic battle. And thanks to some time-travel shenanigans, Gamora is restored to life as well.

Gamora couldn’t be revived like the rest of the fallen due to the ‘no return policy’ in place of obtaining the soul stone. So instead, she traveled to the present along side Thanos and Nebula to get the stones back in which she survives the final battle but disappears.

This Gamora is an earlier version from the time stream, at a point when she was yet to meet the Guardians. Nevertheless, Star-Lord intends to find her. At the end of Avengers: Endgame, we see a scene of Star-Lord on his ship hopelessly searching for Gamora. But as the crew walks in, he quickly switches to a map of the cosmos.

Thor Joins The Guardians Of The Galaxy Vol 3!

The team picked up a new member, too. Deciding to get his life back on track, Thor has joined the Guardians and will presumably appear in their next adventure. Thor jokingly calls them “Asgardians of The Galaxy” which I found quite comical, but him joining the Guardians does make sense. As Chris Hemsworth’s solo trilogy is complete, an ensemble film might be a more welcome proposition than headlining another solo adventure.

The comics have never teamed Thor and the Guardians together, but they’ve counted on some other high-profile Avengers among their roster. Iron Man, Captain Marvel, and Ant-Man to name a few.

So what do you think will happen in Guardians of the Galaxy 3? Leave any thoughts, theories, or predictions in the comments. We would love to hear your take on it.

Beyond the hunt for Gamora and Thor joining the team, we don’t know. But we do know this, after two snaps the universe is going to be a chaotic and confusing place. Sounds like the perfect environment for the Guardians.

Guardians of the Galaxy 3 has been delayed and currently lacks an official release date.