The first trailer for Fast and Furious Presents: Hobbs & Shaw has been released online.

The film is the long-awaited spinoff starring Dwayne Johnson’s Hobbs character, but following the positive reaction to Hobbs’ chemistry with Jason Statham’s Shaw in Fate of the Furious, Universal Studios decided to move forward with the first of several upcoming spinoff movies.

Johnson’s Hobbs first appeared in Fast Five as a Diplomatic Security Service agent who is assigned to hunt down Dominic Toretto (Vin Diesel), Mia Toretto (Jordana Brewster) and Brian O’Conner (Paul Walker). Hobbs eventually learns that the trio are the good guys and joins their crew for the remainder of the franchise.

However, things are a little more complicated when it comes to Statham’s character, Deckard Shaw. The British military officer-turned mercenary made his debut in Fast & Furious 6‘s post-credits scene, which revealed that he was responsible for Han’s death in Tokyo Drift. He then moved forward to try and kill Dom and all his friends and family in 2015’s Furious Seven.

Shaw went on to redeem himself in The Fate of the Furious by rescuing Dom’s son from the villain Cipher and making peace with Toretto. He also engaged in some entertaining trash-talking with Hobbs in the film, which inspired the idea of having the pair join forces in a spinoff movie together. 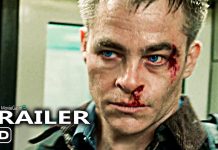