New footage from The Angry Birds Movie 2 trailer arrives, while Pete Davidson and others have also joined the cast.

Faced with a common enemy, the eponymous birds with anger management issues enter an uneasy truce with their longtime foes, the green pigs. Now working together, the birds and pigs venture to an arctic island and try to sneak into the new enemy’s secure mountain base.

Sony debuted a brand new international trailer today for The Angry Birds Movie 2 that reveals the alliance between the birds and the pigs. They put their own issues aside when a third island is discovered, who are planning to destroy both Bird and Pig Island. Together, they will attempt to stop the ice island, led by Zeta (Leslie Jones), from destroying their homes.

(Pet Sematary Remake To Get a Prequel Instead of a Sequel?) 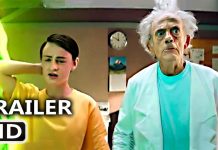