In a parody commercial for Discover Card, “Saturday Night Live” cast member Ego Nwodim found some unusual activity on her account and called the customer service center. Although Kenan Thompson warned her she’d just be talking to a robot, what was actually on the other end of the phone was much scarier — “a real person, who’s just like you.”

The end of the sketch is a nod to Peele’s film, which features the Discover Card logo fused with the symbol for Us and the slogan, “Discover: From the mind of Jordan Peele.”

Peele, who comes from a comedic background, will surely appreciate SNL’stake on his recent box office hit. Over the years, SNL has parodied dozens of hit films and TV series, such as Stranger Things, The Walking Dead, Friends, and Harry Potter.

In its first weekend in theaters, Us set a new box office record for a horror film, opening with $70 million in ticket sales. 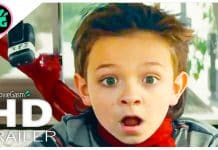 Timmy Failure: Mistakes Were Made Trailer Features A Boy And His Polar Bear Partner 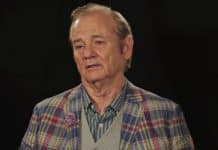