Home Movie Trailers Doctor Strange in the Multiverse of Madness Lives Up to Its Name in... 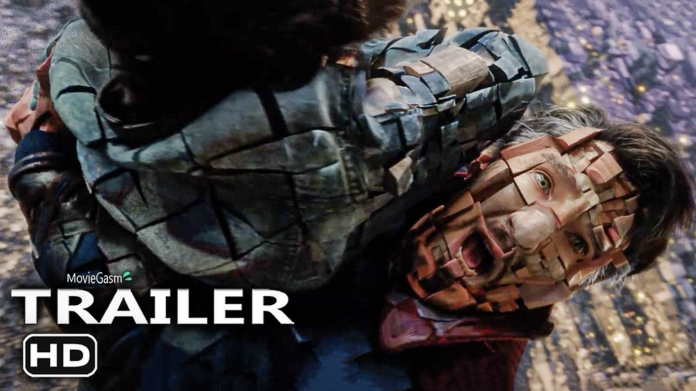 Thanks to the Super Bowl, a new trailer for Doctor Strange in the Multiverse of Madness has been released. Phase 4 has come a long way since its start, but 2022 is going to get more intense, especially with the Marvel Multiverse. Following Spider-Man: No Way Home, which saw three generations of the web-slinger come together, the Doctor Strange sequel will continue that trend. The Benedict Cumberbatch-starring film will see the Sorcerer Supreme deal with his own Multiverse storyline. Like most MCU films, details for Doctor Strange 2 have been kept under wrap.

There have been multiple rumors that there will be some intriguing Multiverse cameos in Doctor Strange 2 that remain to be seen. What is fully confirmed is that Cumberbatch will be pulling double-duty by playing at least two iterations of Doctor Strange. Based on the first trailer that came out in December 2021, one of them will be an evil version of Doctor Strange, most likely What If’s Strange Supreme, who was present throughout season 1. The Phase 4 installment will also see the introduction of another beloved Marvel hero as Xochitl Gomez is bringing America Chavez to life in live-action.

As Doctor Strange 2 is less than four months away from opening in theaters, new footage has emerged for the upcoming sequel from Marvel Entertainment. Like previous years, Marvel Studios brought some new content to air during the Super Bowl. Watch the new Doctor Strange 2 trailer below:

After several rumblings, the Doctor Strange 2 trailer finally confirms that Sir Patrick Stewart is indeed in this film, most likely reprising the role of Charles Xavier, a.k.a. Professor X, from the original X-Men films. What also added fuel to the rumors was when Stewart revealed in January 2021 that Marvel Studios had met with the actor about Professor X’s integration into the MCU. Given that the captions list Stewart as “Mystery Voice,” it’s a classic move by Marvel Studios to hide who Stewart is actually playing. Since Kevin Feige confirmed years ago that the X-Men would be brought into the MCU, it’s hard to imagine who else Stewart would be playing.

It would also make more sense for them to invest more in non-MCU films after the massive success of Spider-Man: No Way Home. That would explain why Doctor Strange 2 went into extensive significant reshoots late last year, as the studio probably knew the outcome of fans seeing Tom Holland’s character with Andrew Garfield and Tobey Maguire’s Spider-Men. Since the mystery voice says “We should tell him the truth,” it heavily implies that are others with him in the room. A safe guess is that Stewart is joined by other familiar faces from either the FOX or Sony-Marvel films. With Sam Raimi’s involvement as Doctor Strange 2’s director, perhaps this is how Maguire’s Spider-Man comes back into the mix, as that has also been a rumor floating around since 2021. As Doctor Strange in the Multiverse of Madness is less than three months away from releasing, the Multiverse is about to go to a whole new level in Phase 4.