Disney has released the first full trailer for its live-action Aladdin remake. Along with a lot more of Will Smith’s controversial Genie, the two minute-long view at the anticipated film gives us more of Aladdin (Mena Massoud), Jasmine (Naomi Scott), Jafar (Marwan Kenzari), Abu and Magic Carpet.

This is an Aladdin trailer with pace and energy, bringing familiar songs, a cheeky caper tone, and a shot of the Genie riding a pair of ostriches. With full-voiced renditions of ‘A Whole New World’ and ‘Friend Like Me’ sure to please fans, it looks like director Guy Richie’s take might be a cave of wonders after all.

Guy Ritchie’s Aladdin will arrive in UK cinemas on 24 May – and before then, Disney buffs can look forward to Tim Burton’s live-action Dumbo, set to soar to the big screen on 29 March. 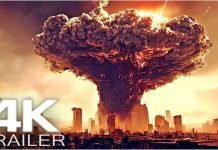