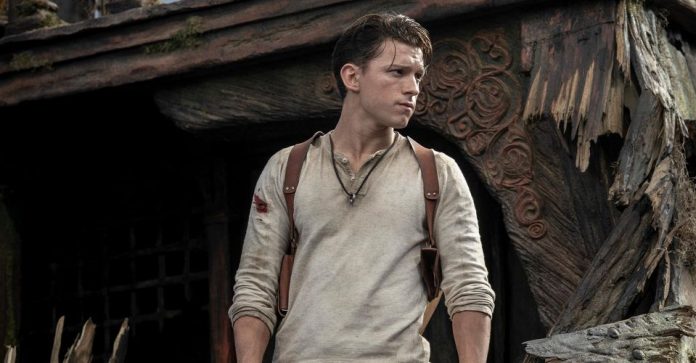 The first-ever Uncharted trailer from PlayStation Pictures, Sony Pictures, and Columbia Pictures has been officially revealed after some footage from what appeared to be a trailer leaking online earlier this week, giving fans of the iconic PlayStation series their first proper look at Tom Holland as young Nathan Drake in action. Previously, the aforementioned trio has shown the movie and its cast here and there, but this is the first official trailer for the movie bound for theatrical release this coming February in IMAX, RealD 3D, and Dolby Cinema.

As expected, the trailer looks like Uncharted, but as a movie. It includes a number of scenes that players of the video game franchise should be familiar with, including the cargo plane bit from Uncharted 3. You can check it out for yourself below:

As PlayStation fans will know, the movie has been a long time coming. A film adaptation of Uncharted was technically announced back in 2008. Since then, the movie has gone through nearly a dozen directors and has been rebooted countless times, leading many fans to believe it would never come out.

The movie, as we know it today, didn’t take form until December 2019 when Travis Knight left the helm of the project due to scheduling conflicts with Tom Holland. At this point, the movie was scheduled to release on December 18, 2020, but it was delayed due to these events.

Two months later, in February 2020, Ruben Fleischer, best known for 2009’s Zombieland and 2018’s Venom, was tapped as director and after another delay announcement pushing the movie out of March 2021, filming began on March 16, 2020, only to be delayed by COVID-19, which meant filming wasn’t completed until October.

Alongside Fleischer is Avi Arad, Charles Roven, and Alex Gartner as producers, Art Marcum and Matt Holloway as writers, and Chung-hoon Chung leading cinematography. Meanwhile alongside Holland and Wahlberg is a supporting cast that includes Antonio Banderas, Sophia Taylor Ali, and Tati Gabrielle.

The movie is poised to tell an original story based on the work of Naughty Dog, but is said to actually draw most of its inspiration from Uncharted 4: A Thief’s End, the fourth and final mainline game in the series created by the creators of The Last of Us, Bruce Straley and Neil Druckmann.

Uncharted is set to release in theaters across the United States on February 18, 2022.