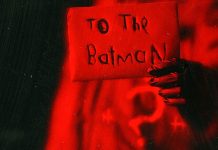 Sony has released the trailer for its R-rated, Sam Raimi produced reboot of The Grudge franchise.

The official trailer for The Grudge has now dropped online, and is expected to screen in theaters with many of the bigger films (including its fellow horror movie, Doctor Sleep) releasing over the weeks ahead. You can check it out in the space below (via Sony Pictures).

The Grudge will have ties both to the classic Ju-On series that originated the property in Japan as well as the 2004 U.S. adaptation. The film series has remained thriving overseas, with a recent crossover with Ringu (essentially The Grudge vs. The Ring, so think Freddy vs. Jason levels of hype), but it hasn’t been active here in the U.S. since 2009’s direct-to-video sequel The Grudge 3. The idea of reviving the franchise seems inevitable not just because every big franchise is getting a fresh coat of paint in recent years but also because after the huge success of The Grudge, it seemed like a missed opportunity that American studios never figured out how to really crack the code on a sequel.

Andrea Riseborough plays the lead in the film, taking on the role of a police officer in a new town how comes across a house that has become “grudged,” or haunted by the victim of a brutal murder. It takes place at the same time as the 2004 film.

What do you think about the first The Grudge trailer? Are you looking forward to the new reboot? Let us know in the comments!

The Grudge arrives in theaters on January 3, 2020.