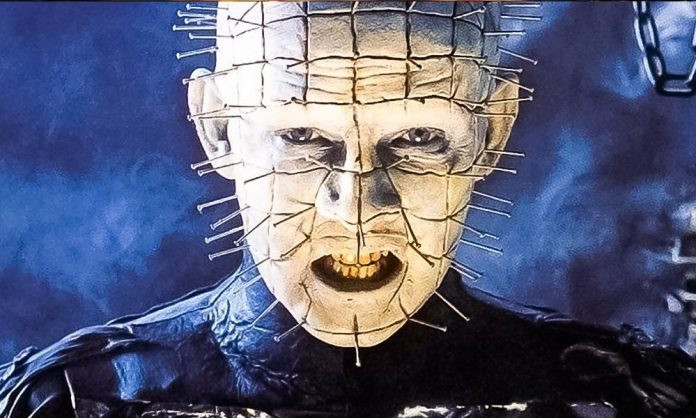 David S. Goyer is set to write and produce a re-imagining of Hellraiser. Spyglass Media Group will finance, develop, and fast track the film for worldwide theatrical distribution.

Hellraiser is one of Clive Barker’s best-known creations. Released in 1987, Hellraiser told the story of an unfaithful wife who attempts to assist her dead lover in his escape from hell. The movie introduced viewers to a race of demons called Cenobites. The most notably one nicknamed Pinhead. He was an enduring horror character, summoned using an antique puzzle box.

Spyglass chairman and CEO Gary Barber said Goyer was the right storyteller. He will turn Barker’s original vision for Hellraiser into a new theatrical experience.

“For generations, his (Barker’s) brilliantly twisted and imaginative Hellraiser haunted the minds of moviegoers with its searing imagery of Pinhead.” Barber added. Keith Levine will produce the Hellraiser redo alongside Goyer, under the Phantom Four banner.

Goyer added, “I’ve been a fan of Clive’s work since the original Books of Blood paperbacks and ‘The Hellbound Heart’ novella. Having the chance to reimagine Pinhead and the Cenobites for a new audience is a nightmare-come-true. Gary is a true fan as well. We’re committed to making something dark and visceral.”