The final trailer for the highly anticipated Stephen King adaptation Pet Sematary is here ahead of the film’s arrival in theaters this week.

The final trailer pulls several quotes from critics praising the new Pet Sematary adaptation, but doesn’t reveal much in the way of fresh plot details. Jason Clarke stars here as Louis Creed, a doctor who’s struck by a personal tragedy after moving his family to rural Maine for his new job. Like the second trailer, the final promo confirms an important difference between King’s novel and the story this time around.

Based on the 1983 novel by Stephen King, the film once again tells the tale of a family who discover their new home is located near an ancient burial ground with the ability to resurrect the dead… but with a terrible price. Early word of mouth around the movie is strong, with critics praising Pet Sematary as one of the better adaptations of King’s work in recent years, following its premiere at SXSW in March.

Early reviews of Pet Sematary have been overwhelmingly positive, with an 88% fresh rating on Rotten Tomatoes. Most critics use terms like “disturbing,” “dread” and “terrifying,” and the new trailer takes full advantage of this positive word of mouth.

Watch the Official Trailer for KIDS VS. ALIENS 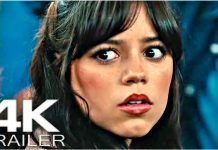