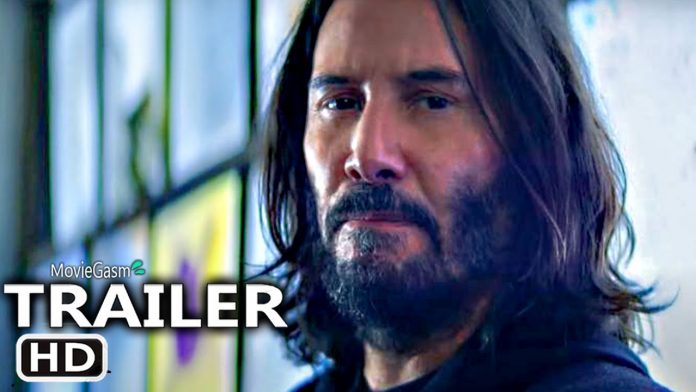 That’s a 10-month delay for the fourth John Wick movie. Chapter 4 was previously slated for release on May 27, 2022 — and that was after a previous yearlong delay for the film. Its original release date was May 21, 2021, the same day The Matrix Resurrections was originally supposed to arrive, before COVID-19 messed up literally everything. (In an apparent nod to all that Keanu movie release date shenanigans, John Wick: Chapter 4’s latest teaser features a T. Anderson being removed from the bounties board, seemingly a reference to Keanu’s in-Matrix persona.) Now that The Matrix Resurrections is out, it’s also time to get an update on the Baba Yaga’s next steps, apparently.

The latest John Wick: Chapter 4 teaser doesn’t offer much beyond the new date: It’s composed of footage of Administrators and Operators running paperwork for the High Table, and it ends on cherry blossom petals falling over the words “Be seeing you.”

John Wick: Chapter 4 was announced the weekend John Wick: Chapter 3 — Parabellum hit movie theaters back in 2019, and when that film set a new box-office record for the franchise. John Wick 3 ended on something of a cliffhanger, with a gravely injured Wick recovering in the care of the Bowery King (Laurence Fishburne) after being gunned down by Winston (Ian McShane) on the roof of the Continental. The third chapter’s final moments sets up Wick’s revenge against The High Table, the mysterious organization that oversees assassins in his assassin-dominated world.