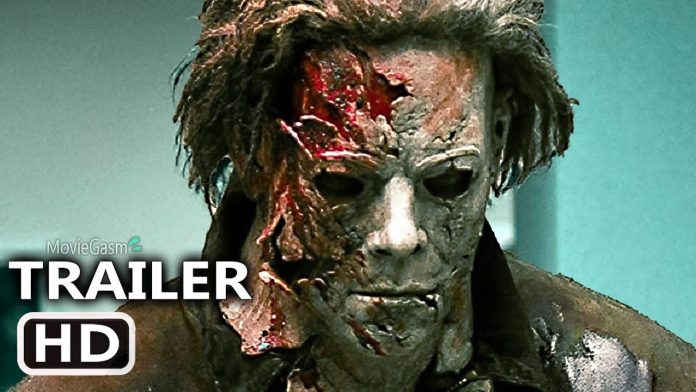 The final trailer for Halloween Ends has been released.

The new trailer for the upcoming Universal and Blumhouse film has promised to show fans the last chapter in the saga between Jamie Lee Curtis’ Laurie Strode and Michael Myers. Set four years after Halloween Kills, the upcoming horror sequel finds Laurie in a good place. She has allowed herself to stop fearing Michael Myers and instead embrace life. However, when a young man, Corey Cunningham, is accused of killing a boy he was babysitting, it ignites a cascade of violence and terror that will force Laurie to confront the embodiment of evil, Michael Myers, one last time in a battle that will leave only one survivor.

Halloween Ends will mark Curtis’ seventh and final time playing Laurie Strode, a role she originated in John Carpenter’s 1978 horror classic Halloween. The actor has been playing the character for almost 45 years, which is reportedly one of the longest actor-character pairings in cinema history. Besides Halloween and Halloween Ends, Curtis has also appeared in 1981’s Halloween II, 1998’s Halloween H20: 20 Years Later, 2002’s Halloween: Resurrection, 2018’s legacy sequel Halloween and 2021’s Halloween Kills, which took place on the same night as the 2018 Halloween.

James Jude Courtney, who has portrayed Michael Myers since the 2018 installment, previously hyped Halloween Ends by revealing that the final scene in the film takes the long-running horror franchise to new places. “We’re going to have the requisite violence, but we’re going to a deeper place, spiritually [in Halloween Ends]. Because now we’re culminating 44 years of this experience between Laurie Strode and The Shape,” Courtney explained. “That entire scene, and everything that happens between us, was so powerful, and so erotic, and so loving… there’s so much there. This is taking this series, and these characters, to a place they’ve never been before.”

Director David Gordon Green has also stated that while he is under a lot of pressure to conclude the Halloween reboot trilogy on a satisfying note he is certain that Halloween Ends will “go out with a bang.”

In addition to Curtis and Courtney, Andi Matichak, Will Patton, Kyle Richards, and Omar Dorsey return in Halloween Ends, reprising their roles as Allyson Nelson, Officer Frank Hawkins, Lindsey Wallace and Sheriff Barker from previous films, respectively. The role of Corey Cunningham will be played by The Hardy Boys‘ Rohan Campbell in the film.

Halloween Ends will arrive theatrically on October 14, 2022, with a simultaneous release on the streaming platform Peacock.