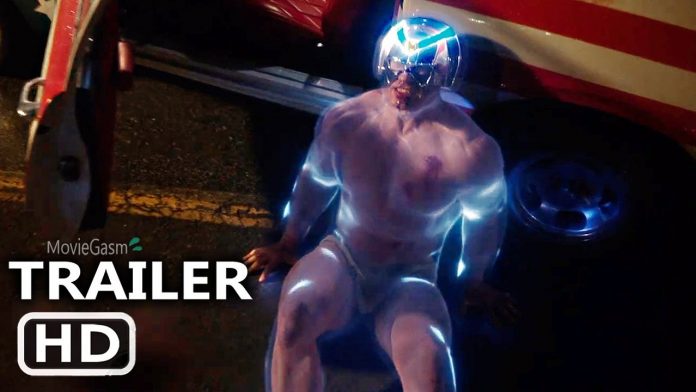 The Peacemaker trailer is released. The upcoming HBO Max show is a spinoff of The Suicide Squad starring one of the anti-heroes introduced in James Gunn’s DC movie: Christopher Smith aka Peacemaker (John Cena). The show’s eight episodes were written by Gunn, who additionally served as director on a handful of them. The TV show spinoff was set up in The Suicide Squad post-credits scenes, which revealed Peacemaker lived after being shot by Bloodshot in Corto Maltese.

In addition to Cena, Steve Agee and Jennifer Holland reprise their Suicide Squad roles as John Economos and Emilia Harcourt, respectively, with Economos working tech and tactics while Harcourt is Peacemaker’s handler. They’ll be joined by new cast members Freddie Stroma as DC character Vigilante, Robert Patrick as Peacemaker’s father Auggie and Danielle Brooks as fellow recruit Leota Adebayo and Chukwudi Iwuji as Clemson Murn, the head of the team. The Peacemaker show was previously announced to release in 2022, though an exact date hadn’t been revealed. Ahead of DC FanDome 2021, Gunn had confirmed the first teaser trailer would be unveiled during the event and now it’s online.

The Peacemaker show trailer was released during DC FanDome, confirming the series will premiere Thursday, January 13 on HBO Max. Additionally, the teaser video works to set up the show, introducing the various characters and the premise of the storyline. It also establishes the emotional arc of Cena’s Peacemaker with Brooks’ line about him pushing people away by being a jerk. Check out the Peacemaker trailer below.

After the events of The Suicide Squad, in which Peacemaker betrayed the Task Force X team and killed Rick Flag, it appears the Peacemaker show is working to redeem his character. The line about him pushing people away sets up a character arc for him to learn how to work with a team and open up to others, and it appears Brooks’ character will be instrumental in that growth. The Peacemaker show trailer also shows some insight into the character’s relationship with his father, which will no doubt bring some depth to Christopher Smith that wasn’t present in The Suicide Squad.

Beyond the emotional core of Peacemaker, the teaser also highlights the humor that comes courtesy of Gunn, which falls in line with many of his other projects – including The Suicide Squad. Cena is back in his tighty whities for comedic effect again – though it seems the scene in Peacemaker will turn into a fight. The action of the series is also somewhat demonstrated in this trailer, showing off Peacemaker and Vigilante fighting against people dressed as supervillains or with powers. However, this Peacemaker trailer holds back on revealing who the main villain of the show is, though that may be teased when a full trailer is released. For now this Peacemaker teaser trailer works to set up the basics of the show and explain how it’ll continue the character’s story from The Suicide Squad.