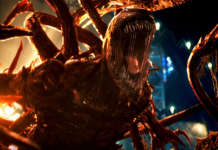 The Star Wars: The Rise of Skywalker sizzle reel that premiered during D23 2019 is officially released online.

It’s every bit the twist-filled, visually stunning, teaser that everyone has come to expect. It begins with a stroll down memory lane, from Luke Skywalker’s humble beginnings to Darth Vader’s legacy and impact on Kylo Ren before finally leading into what looks to be one of the biggest twists the saga has ever seen: Rey’s fall from noble hero to Dark Jedi.