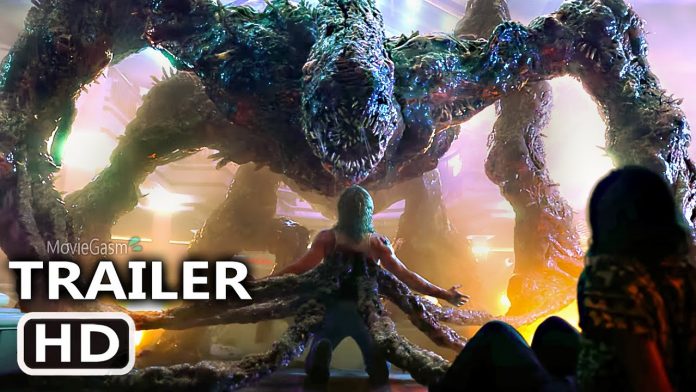 A new teaser for Stranger Things season 4 reveals a mysterious new location in the upcoming season known as the Creel House. One of Netflix’s breakout hits, Stranger Things has upped the ante with each new installment and anticipation remains high for the fourth chapter. Unfortunately, the series has faced a long road on its way back to the streamer. Delays due to the COVID pandemic put a wrench in filming Stranger Things season 4 and since then it has been a long process for the cast and crew.

Now, though, the return of the series is on the horizon. Stranger Things season 4 wrapped filming recently. Netflix has also released a slew of teasers hinting at major revelations to come. Of course, even though Eleven and Will have moved away from Hawkins, Indiana, the group looks to be getting back together at some point in the season. Still, plot details remain tightly under wraps and Netflix has yet to release a full trailer for the upcoming season. Instead, the streamer has given cryptic teases, including a brief look at footage of season 4.

Now, Netflix has done it once again. During their TUDUM event today, a new teaser for Stranger Things season 4 debuted, revealing a mysterious new location dubbed the Creel House. Shown partly in flashback, a family can be seen moving into the Creel House when strange events start to occur. The clip then flashes forward showing some of the gang from Stranger Things investigating the now dilapidated house. Check out the clip below:

While the clip reveals very little about the plot of Stranger Things season 4, it does hint at some terrifying things to come. The series has always deftly blended the supernatural with its more science-fiction elements, but the Creel House location may see Stranger Things dive into full blown horror. The previous tease of a demonic entity in the Creel House certainly seems to indicate a haunting of some sort, but as with all things, it’s likely much more than that.

Additionally, a few members of the cast are noticeably absent from the clip. It’s still unclear what they’ll be up to, but early teasers have shown that Eleven is in captivity. Just how she ends up there remains to be seen, as does how the group will all reunite for what will likely be another mind-blowing finale. Until all the episodes of Stranger Thingsseason 4 drops, those mysteries will remain under wraps, making the debut all the more anticipated.