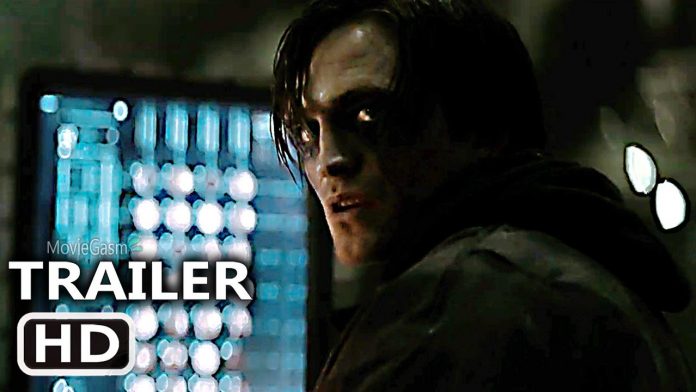 Warner Bros. and DC’s The Batman movie trailer reveals new footage of Robert Pattinson as the Dark Knight. Pattinson suits up as the newest live-action iteration of Batman in writer-director Matt Reeves’ movie, set to hit theaters March 2022. Joining Pattinson in the DC movie are Zoë Kravitz as Catwoman, Paul Dano as The Riddler, Andy Serkis as Alfred Pennyworth, Jeffrey Wright as Jim Gordon, and Colin Farrell as Penguin.

The first The Batman movie trailer was unveiled during DC FanDome 2020, showing off a first official look at Pattinson’s Batman and Wright’s Jim Gordon, as well as revealing Riddler would be the main villain. However, the DC movie hadn’t completed filming at that point and the amount of footage available to cut the trailer together was limited. As Warner Bros. confirmed through their DC FanDome 2021 announcements, the second trailer was expected to debut during this year’s event. In the time since FanDome 2020, The Batman completed filming, giving Reeves much more to work with in cutting together the second trailer.

Now during DC FanDome 2021, The Batman movie trailer was released, featuring a ton of new footage from Pattinson’s turn as the Dark Knight. The video features an unmasked Dano as The Riddler, but still frames the villain as the linchpin for the main plot of the movie. There’s also plenty of new looks at Kravitz’s Catwoman – including her costume as well as various different hairstyles she sports – and Farrell’s Penguin, who faces off with Batman at one point. The Batman trailer also reveals Serkis’ as Alfred, Bruce Wayne’s butler and confidante in his vigilantism, as well as new shots of Pattinson’s Batmobile in action. Check out The Batman movie trailer below.

There’s a great deal to unpack in The Batman movie trailer, but perhaps the most important is simply how good of a trailer it is. While The Batman teaser released at FanDome 2020 worked to get potential viewers excited about the latest live-action Batman movie, it was clearly limited by the amount of footage at Reeves’ disposal. This new Batman trailer offers a much more complete idea of what to expect from Reeves and Pattinson’s movie. Specifically, The Batman appears to be brutal and violent, with some exceptionally stylish action if the Dark Knight’s hallway fight scene is any indication. Pattinson’s Batman certainly seems more aggressive than past iterations of the character, taking it to an even darker level.

Further, The Batman movie trailer focuses a lot more on the villains/anti-heroes beyond Riddler, particularly Catwoman and Penguin. Though Farrell has said his Oswald Cobblepot isn’t the full-fledged villain from the comics, he’s clearly antagonistic to Batman in this trailer, with the final shot setting up the character to be on the receiving end of Pattinson’s violence. As for Selina Kyle/Catwoman, she’s not necessarily framed as a villain, so it seems likely The Batman will honor their more complicated dynamic – perhaps even making her an ally of sorts. Since she seems shocked by Batman’s brutality, she no doubt has a part to play in exploring that aspect of Pattinson’s character. Altogether The Batman trailer is an exciting next look at Reeves’ movie and sets the stage for Pattinson’s intriguing debut as the Caped Crusader.