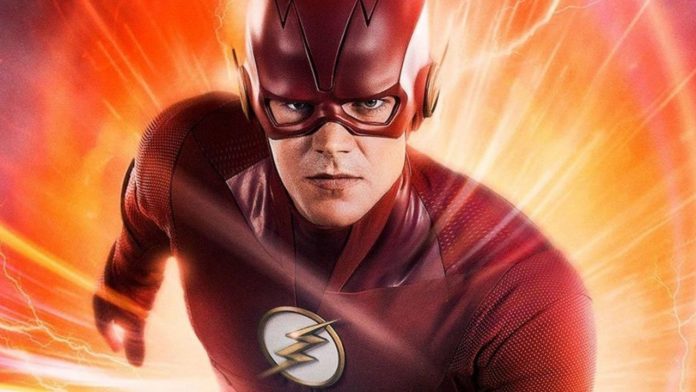 The CW has offered fans their first glimpse at The Flash Season 9, the DC series’ final batch of episodes.

Via Entertainment Weekly, the first trailer for The Flash‘s ninth season teases that it’s “not over yet” for Barry Allen’s speedster, whose final adventure begins Feb. 8, 2023, on The CW.

A spinoff of Arrow, The Flash premiered in 2014 and was the second show in the Arrowverse, preceding Supergirl, Legends of Tomorrow, Black Lightning and Batwoman. The series follows Barry Allen/The Flash (Grant Gustin) and his team as they take down metahumans in Central City.

In August, The CW announced the series would end with Season 9, which would consist of a truncated 13 episodes. At the time, The Flash showrunner Eric Wallace marveled at the series’ long tenure and expressed thanks to the people who made it happen. “Nine seasons! Nine years of saving Central City while taking audiences on an emotional journey full of heart, humor and spectacle,” he said. “So many amazing people have given their talents, time and love to bring this wonderful show to life each week … I want to say thank you to our phenomenal cast, writers, producers and crew over the years who helped make The Flash such an unforgettable experience for audiences around the world.”

Despite the series’ long run, it seems Gustin wasn’t totally prepared for The Flash to end. Calling the cancellation “bittersweet,” the actor expressed his intention to go out on a high note. “It’s been an incredible nearly 10 years of playing this character and getting to be a part of this show,” he said. “I’m very excited to do this one final time, finish on our terms, and I’m going to enjoy every minute of it as much as I can.”

According to the official synopsis for The Flash Season 9, the new episodes will see Barry Allen attempt to reconnect with Iris West-Allen (Candice Patton) while facing a threat to the entire world. The Flash and his team will be forced to save Central City one last time as they are confronted with “a deadly group of Rogues” and a “deadly new adversary [who] rises to challenge Barry Allen’s heroic legacy.” Batwoman star Javicia Leslie will appear as the Red Death, and an unidentified actor is seemingly set to play a version of the Arrow villain Captain Boomerang.

The ninth and final season of The Flash premieres on The CW on Feb. 8, 2023, at 8 p.m. EST. All eight previous seasons are available to stream on Netflix and CWTV.com.