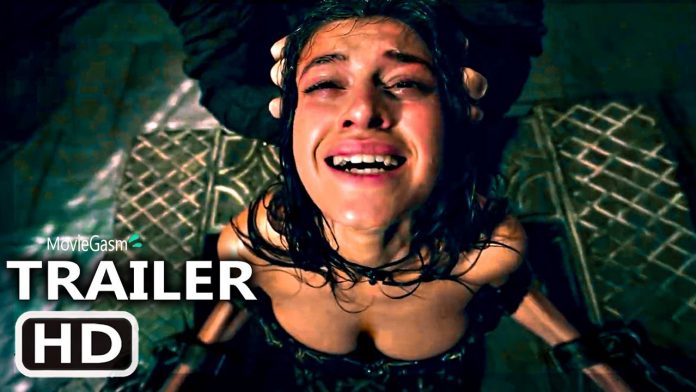 Netflix reveals a new The Witcher season 2 trailer revealing terrifying monsters and the next chapter of Henry Cavill’s titular character’s destiny. The new season of the fantasy drama sees Cavill’s Geralt of Rivia bringing Princess Cirilla to his childhoom home of Kaer Morhen in an effort to better protect her from those hunting her down. As the battle for power amongst the Continent’s kings, elves, humans and demons explodes and reaches the walls of Kaer Morhen, Geralt must train Ciri in the hopes of keeping her safe while also learning of the mysterious power she possesses.

Based on Andrzej Sapkowski’s novels of the same name, The Witcher debuted to generally positive reviews from critics and acclaim from audiences in late 2019 and became a smash viewership hit for Netflix. The streaming platform quickly got to work on season 2 and has already begun branching out the franchise with the recently released anime prequel spin-off film The Witcher: Nightmare of the Wolf and the in-production prequel series The Witcher: Blood Origin. In the meantime, however, Netflix is looking to keep audience anticipation high for the long-awaited premiere of The Witcher season 2.

With just over a month remaining until its arrival, Netflix has unveiled a new The Witcher season 2 trailer. The video offers a broader look at what’s to come from the next chapter in the fantasy epic, including a much larger and more dangerous fight for Cavill’s titular protagonist. Check out the exciting new trailer below:

Previous trailers for The Witcher season 2 have certainly promised an exciting new chapter for Netflix’s series adaptation, though the latest video is sure to see fan anticipation go through the roof. The new trailer for the series notably features a large number of new monsters seen in the new episodes, though while fans have expressed concerns this is a major departure from the world of Sapkowski’s source material, showrunner Lauren S. Hissrich has assured that season 2 will address monsters going extinct in the world of the show. For those familiar with the novels, the trailer may not offer much comfort on this front, but for those eager to see Cavill’s titular protagonist face off against more supernatural foes, it’s sure to build their excitement.

The new The Witcher season 2 trailer also offers a better look at how Geralt will better prepare Cirilla for the battles to come in their intertwined destiny. Though the former clearly gets an exciting power boost in the new footage, the tease of the danger that the latter’s powers will bring for the duo is sure to be an intriguing character arc for the next chapter. The wait for the series’ return is nearly over as The Witcher season 2 arrives on Netflix on December 17.