Looks like that “final” Devil May Cry 5 trailer wasn’t the final one after all- Capcom has put out another trailer for the massively anticipated action title, and this time, it puts the spotlight squarely on Nero, one of the game’s three main protagonists.

The initial reveal trailer for Devil May Cry 5 was a welcomed sight during E3 2018. In the wake of the reboot DmC: Devil May Cry in 2013, it wasn’t clear how the franchise would continue. That game had the fan base split as a result of its reimagining of longstanding series favorite Dante as a punk-inspired demon killer without his trademark white hair. Despite those initial controversies, Capcom looks to have refocused on what longtime fans want their heroes to look like.

The latest game trailer shows off Nero, who originally debuted in Devil May Cry 4. Having lost an arm during the events of Devil May Cry 5 (don’t worry, that’s not a spoiler since he has a mechanical arm in the box art for the game), the character has had to pick up a few new moves. Some of these are shown in the new footage, but it’s clear that Capcom is still holding onto some secrets for the game.

It looks as if Capcom is pushing Devil May Cry in a big way too, as the series is set to get a new animated series in the future. The Devil May Cry anime is arriving on Netflix from the same producer that created the well-received Castlevania series for the streaming service, which should have fans excited about the prospects of the series heading into the future. 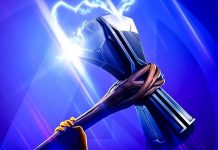 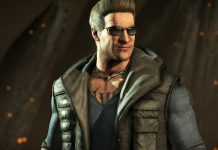