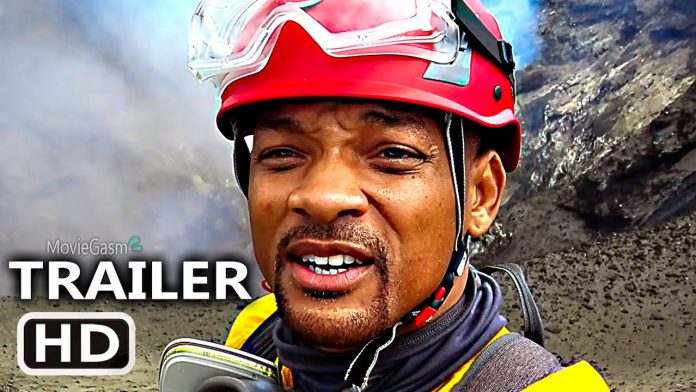 Will Smith travels the world in the first trailer for the National Geographic mini-series Welcome to Earth on Disney+. Smith has been one of the most prolific and prominent actors of the last few decades, having got his start in music and television as The Fresh Prince of Bel-Air. Ultimately, however, he made his big Hollywood splash with Roland Emmerich’s 1996 sci-fi classic Independence Day (where the line “Welcome to Earth” was made famous). Smith’s last starring role, a return to the Bad Boys franchise with Bad Boys For Life, was the highest-grossing theatrical film of 2020.

Smith has been nominated for two Oscars in his career, and while he’s appeared in a multitude of prominent films throughout the years, he has also branched out into producing, as well as continuing his music career as a solo artist. Smith is a producer on the hugely popular Cobra Kai series on Netflix, and will executive produce the upcoming Fresh Prince of Bel-Air reboot. His next acting gig is in the biopic King Richard, where he’ll play Richard Williams, the father and illustrious coach of tennis superstars Venus and Serena Williams.

Today, Disney+ and NatGeo released the trailer for Smith’s next endeavor, a six-part mini-series titled Welcome to Earth. The show will see the actor/producer “guided by elite explorers on an awe-inspiring journey, getting up close and personal with some of the most thrilling spectacles on the planet — from volcanoes that roar in silence to deserts that move beyond our perception to animal swarms with minds of their own.” The series is produced by veteran filmmaker Darren Aronofsky, who has made such films as Requiem For A Dream, The Wrestler and Black Swan, as well as Smith’s own company, Westbrook Studios. In the series, Smith will have a “once-in-a-lifetime adventure around the world” which will “explore Earth’s greatest wonders and reveal its most hidden secrets.” From mountains, to deserts, oceans and volcanoes, to deep sea exploration, Smith is seeing it all. Take a look at the full trailer below:

Like many celebrity-led reality shows, this is yet another venture down that path and a first for Smith. Disney+ has hosted a number of similar programs like this, including celebrity chef show Gordon Ramsay: Uncharted, which is currently in season 3, The World According to Jeff Goldblum, which debuts the first five episodes of season 2 on Disney+ Day in November, and Encore! with Kristen Bell, amongst others. Disney+ also features an entire line-up with NatGeo, which includes a vast array of similar programming, from Running Wild with Bear Grylls to Wicked Tuna, Dog Whisperer and more.

Smith seems to have conquered every platform he has performed on thus far, so a reality-based NatGeo show on Disney+ feels like the next logical step. Smith’s charisma, honesty, humility and humor will no doubt make for an entertaining ride around the world, as the sights, sounds and experiences of these shows depends largely on the presence of the host. For most, traveling the world with Will Smith would be a trip within itself, so experiencing these natural wonders alongside him should make for an interesting, funny and awe-inspiring experience. Welcome To Earth arrives on Disney+ in December.