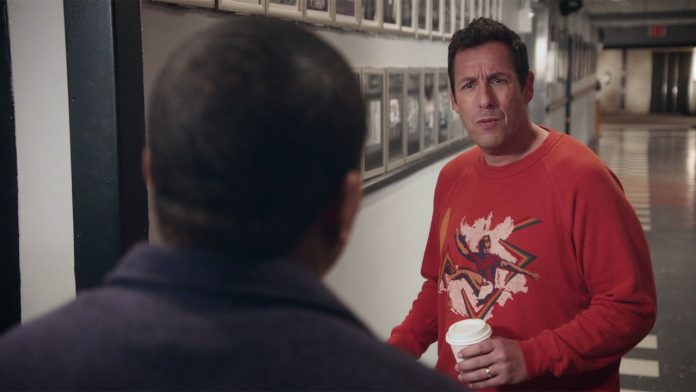 Looks like Adam Sandler will be making his return to NBC’s Saturday Night Live. The American actor, who is no stranger to the TV show, will be hosting for the first time this week and he made his appearance in a horror-themed promo that teases his return to the show.

Sandler has developed quite the resume throughout his acting career. He made several appearances in The Cosby Show as Theo Huxtable’s friend Smitty and has had numerous star roles playing iconic characters, such as Bobby Boucher in The Waterboy.

Sandler was first introduced to SNL as a writer in 1990 and eventually became a featured player the following year. After leaving SNL, Sandler featured in films that have grossed over $2 billion at the box office combined. The new promo teases and welcomes the legend back to his old home at SNL. Instead of introducing something comical, the promo features an unsettling return for Sandler as he is confronted by creepy Kenan Thompson who says “you never really leave.”

Check out the promo below:

(Netflix’s The Dragon Prince Is Renewed For Season 3)