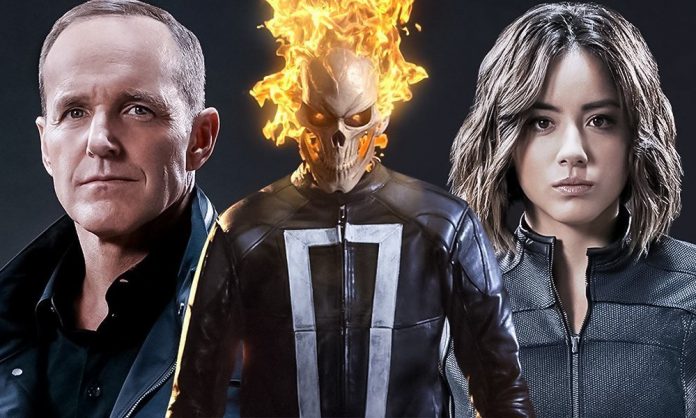 According to the actor who portrays Ghost Rider on Agents of S.H.I.E.L.D., the character probably survived Thanos’ snap.

In Avengers: Infinity War, the Avengers failed to stop Thanos from collecting the Infinity Stones. This gave him the power to destroy half of the universe’s population with a simple snap of his fingers. That snap left the world of the Marvel Cinematic Universe in shambles.

Thanos’ left many Marvel fans wondering exactly who survived the snap. Although some of the Avengers’ deaths were captured on screen (including the emotional death of Spider-Man), others were left to speculate. Marvel confirmed some with its “Avenge the Fallen” posters. However, the fates of other characters in the MCU, including those from Marvel television shows, were left hanging in the air. Agents of S.H.I.E.L.D. all but ignored the Thanos storyline. It followed its own path. That still didn’t stop fans from questioning who from that show survived or would survive the snap.

On Agents of S.H.I.E.L.D., Ghost Rider disappeared after he took the Darkhold. He opened an inter-dimensional gate to Hell and stepped inside. That means he’s still in there, somewhere. This suggests that his character could reappear on the series. Agents of S.H.I.E.L.D. could go on with several more seasons, at least according to its show runner. That’s plenty of time to bring Ghost Rider back, perhaps even in the upcoming season 6.