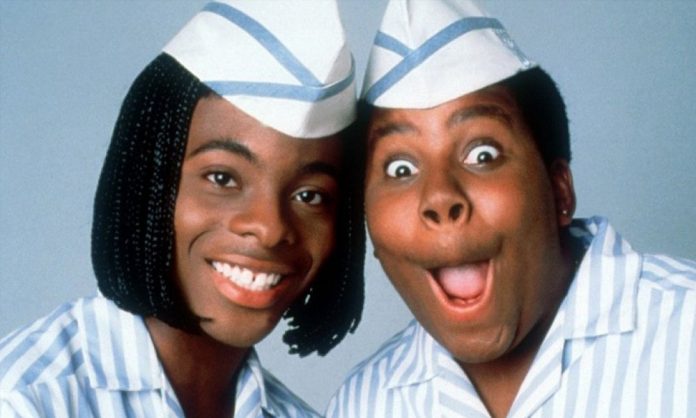 Kenan Thompson and Kel Mitchell have reunited following news that Nickelodeon is bringing back All That.

All That is making its way back to Nickelodeon. Though the series will reportedly feature an all-new cast, initial reports revealed former All That star and current Saturday Night Live player Kenan Thompson is on board as a producer.

On Friday, just a week after the All That reboot was confirmed to be in the works, Mitchell took to Instagram to give fans a glimpse of himself and Thompson back in action.

“It’s the truth!! @allthat is back!! Get ready! Get Set! My bro @kenanthompson and I are about to take this to a whole new level!” Thompson captioned the video. “Now that’s All That! #blessedlife #Nickelodeon #kenanandkel #teamJesus #executiveproducers #allthatisback.”

Mitchell and Thompson had shot to fame on All That, the pop culture phenomenon that originally ran for 10 seasons from 1994 to 2005 and featured original short sketches performed by a cast of child and teen actors as well as musical guests. They went on to star in their own spinoff series, Kenan & Kel, and in 1997, they starred in their own movie, Good Burger.

Nickelodeon president Brian Robbins — a co-creator and producer of the original All That — is hoping the relaunch of the sketch show will help foster the growth of the next batch of Nickelodeon stars, in addition to becoming the channel’s next top show.