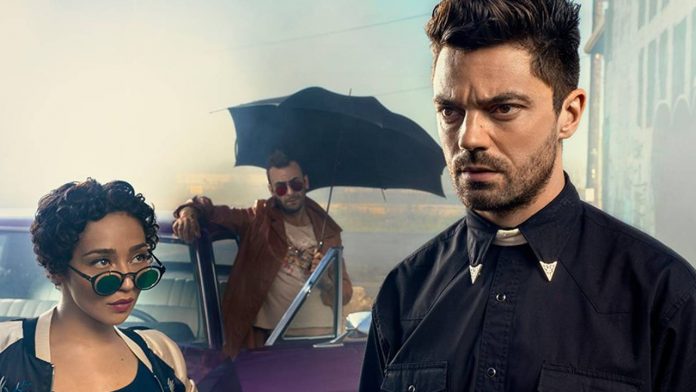 When AMC officially announced the season 4 renewal of the series, it was clear that the show had developed a following around the graphic novel based series that follows West Texas preacher Jesse Custer, his ex-girlfriend Tulip, and the Irish vampire Cassidy as they embarked on a road trip to find God. According to David Madden, president of programming of entertainment networks for AMC Networks, he was proud to state that “Preacher is a show unlike any other on television.”

“A passionate base of fans found their way to Jesse, Tulip and Cassidy and have followed along with their adventures, at times indescribable adventures, for three seasons. We are thankful to our partners at Sony and to Seth, Evan and Sam for everything they have brought to this series, which we are pleased to renew for a fourth season. Like the superfans of Preacher, we can’t wait to see where this journey leads next.”

Preacher’s fourth and final season will premiere August 8 on AMC.