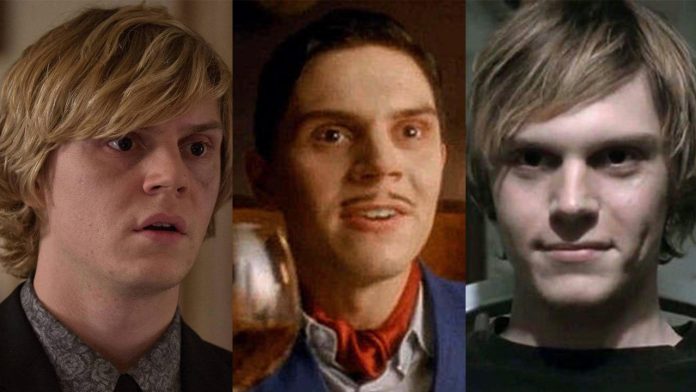 FX’s American Horror Story actor Evan Peters revealed that he will not be returning for season 9.

At this weekend’s WonderCon, when asked about whether he will be involved with the new season, Peters responded “No. I’m going to sit a season out.”

Peters has played multiple roles on the show and made an appearance on every season so far. Fans questioned about his return after an interview he had with GQ last year where he expressed how difficult it is for him to portray some of his roles. As a result of this, it appears that it has finally had an emotional toll on him.

“I’m goofy, I’m silly, I like to have fun. I don’t like to yell and scream. I actually hate it. I think it’s disgusting and really awful, and it’s been a challenge for me. Horror Story sort of demanded that of me,” Peters stated during an interview with GQ. “It’s been all a massive stretch for me and really difficult to do. It’s hurting my soul and Evan as a person. There’s this massive amount of rage that’s been called upon from me, and the emotional stuff that’s been called on me for Pose has been heartbreaking, and I’m sick. I don’t feel good.”

No details have been revealed as to whether he will not make an appearance in the upcoming seasons.