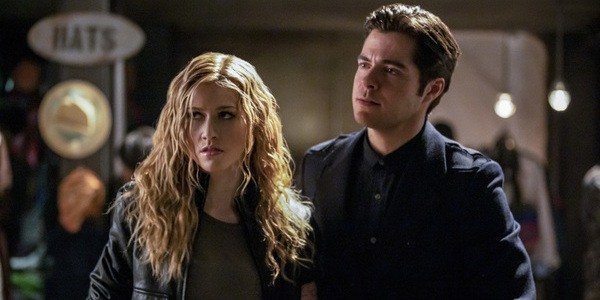 Arrow will end with Season 8, but there is the possibility of the “Star City 2040” storyline characters continuing to play a role in a spin-off after the flagship series ends.

TVLine asked Schwartz if “Star City 2040,” the show’s episode set entirely in its future timeline, was meant to serve as the backdoor pilot for a spin-off. “It was definitely meant to grow the world that we had already built and to see the next generation of what Oliver and Felicity and our present-day team have worked so hard for, and sort of see what happens in the future,” she said. “We love those characters and would love to see them go on in some capacity after the show’s over… We were so happy, internally, about how it came out. We kinda love our future story.”

Although this definitely doesn’t confirm that a spin-off focused on the future timeline will happen, this does hint at the possibility. It also leaves open the chance of the show’s future characters eventually reappearing in other shows and crossovers.

If the potential spin-off would be set in the future and star Katherine McNamara as Mia Smoak, it would presumably also feature William Clayton and Connor Hawke.