Home TV News Better Call Saul Season 5: It Will Not Premiere Until 2020 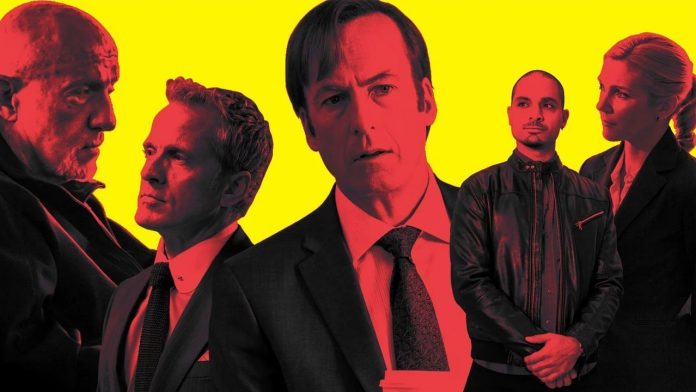 Since the conclusion of Breaking Bad, fans have been drawn to the American television crime drama series Better Call Saul, which follows Jimmy McGill (aka Saul Goodman) as he makes his way from a con-man to a small-time lawyer. As a spin-off prequel to the Breaking Bad series, we learn of Jimmy McGill’s background and how he narrowly escapes every obstacle during his involvement in the criminal world.

With season 4 concluding in October of last year, fans have been eagerly waiting for the announcement of the season 5 premiere date. According to an interview Vulture had with AMC Networks president Sarah Barnett, the series will not return until 2020.

“Yes. It’s driven by talent needs, which we would not override if it would result in a worse show,” stated Barnett. In regards to the series drawing close to the events that took place in Breaking Bad, Barnett responded, “We’re certainly getting closer to it.”

There have been talks about a Breaking Bad movie in the works. Although details still remain under wraps, it has been confirmed that the film will be written by original showrunner Vince Gilligan and that Netflix has first-run rights to it. Aaron Paul’s Jesse Pinkman will star in the film. However, it remains uncertain as to whether Bryan Cranston’s Walter White will have a role.