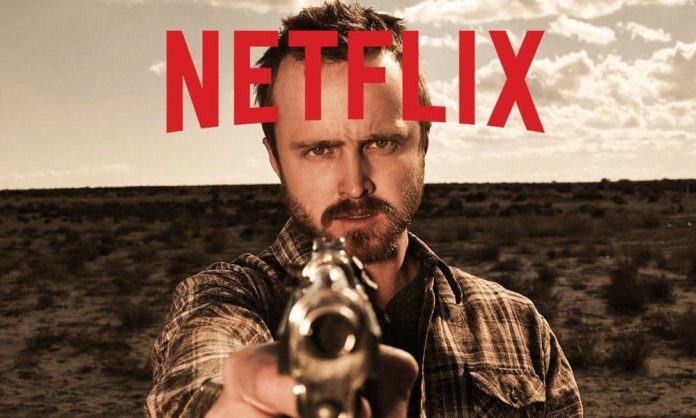 The Breaking Bad movie that you’ve heard whispers about now appears to have a home. The film will make its debut on Netflix before airing on AMC.

There has been no official comment from either the streaming service or the cable channel, but Deadline has reported that creator Vince Gilligan’s untitled Breaking Bad movie will bypass theaters and air on Netflix before making its cable debut on AMC, home to Breaking Bad and Better Call Saul, a short while later.

This release situation shouldn’t be much of a surprise, considering the success that Breaking Bad found on Netflix. In fact, creator Vince Gilligan recognized how much the streaming service helped his series when he mentioned Netflix during his acceptance speech when Breaking Bad won Best Drama Series in 2013.

Very little is known about the Breaking Bad movie, though reports suggest it will be a direct sequel to the series, following Aaron Paul’s Jesse Pinkman as he flees his captors and tries to make a new life for himself.

Principal photography on the film began in secret in New Mexico in November. The most recent rumors claim Paul will be joined by several prominent original cast members from the AMC drama, including Bryan Cranston, Krysten Ritter, Jonathan Banks and Jesse Plemons, most likely in some form of hallucination or flashback.

The Breaking Bad movie does not currently have a release date