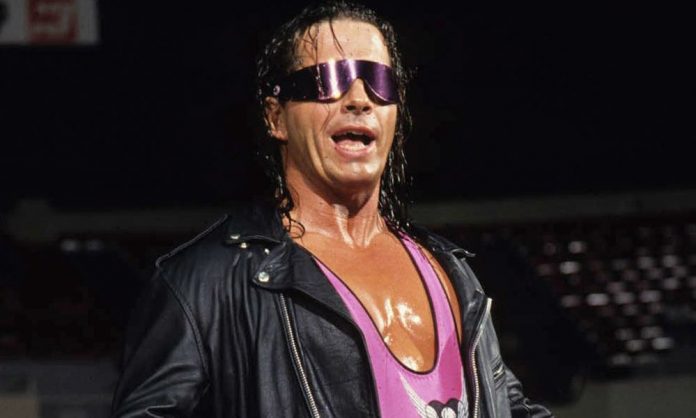 Wrestling legend Bret “The Hitman” Hart is okay after being attacked by a crazed fan at WWE’s 2019 Hall of Fame induction ceremony.

The attack happened at the Barclays Center while Hart was at the podium inducting the Hart Foundation in front of the assembled live crowd. The WWE Network feed of the event cut out right before the fan made it into the ring, but those in attendance at the Barclays Center captured the aftermath with their cellphones.

Hart was infamously “screwed” by WWE boss Vince McMahon at Survivor Series 1997, leading him to jump to WCW. He would eventually mend fences with WWE, and be inducted into the WWE Hall of Fame as an individual in 2006. At the 2019 ceremony, Hart became only the second man to be inducted twice, as part of the Hart Foundation alongside the now deceased Jim Neidhart. Unfortunately, a so-called fan tried their best to ruin things, rushing the ring where Hart was giving his speech and attacking him. Thankfully, Hart was okay, and eventually resumed speaking.

Hart’s attacker has since been arrested by New York City police and charged with assault, according to CBS New York. For his part, Hart was able to get his speech back on track, and draw the live crowd back into the show.